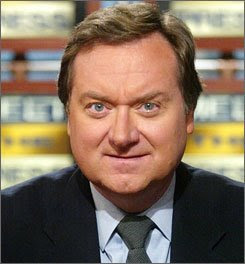 Who knew the death of a journalist could affect me so profoundly?

I have always admired Tim Russert, mainly because I felt I could trust him. I always sought out his opinion on everything that was making the headlines. He never let me down.

Hearing more about him and his life, I am just awestruck that we still have, or had, men like him in these United States.

His Father, now retired, was a sanitation worker in Buffalo, New York, who worked two shifts to provide for his family.

Tim Russert never forgot his roots or his God. That’s part of what made him special. But more importantly, he remained objective and simply delivered the information we needed to make responsible judgments.

Even though he was my age, he was so much like my Father… a man of honor, integrity and true patriotism. So close to Father’s Day too. How sad for us newsaholics. I will miss his face.

Who will take his place? The only other journalist who has my trust is Charlie Gibson on the ABC news, unless you count Walter Cronkite and Tom Brokaw, both retired.

Hopefully new and rising young journalists will follow Russert’s lead and bring objective reporting and respect back to the forefront of the news.

Rest in Peace, Tim Russert, and thank you for being an American hero.